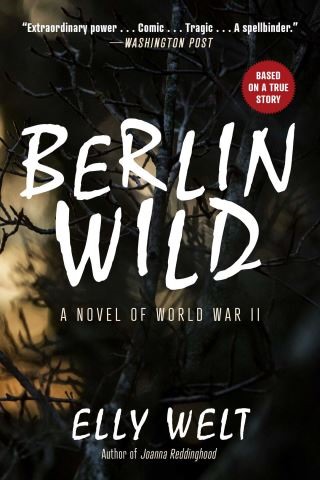 A Novel of World War II

"One of the best I've ever read." —Chicago Tribune

"This novel hooks the reader on the first page and does not let go." —USA Today

"Pain and laughter . . . The author had the genius to allow comedy to dominate this powerful story of struggle." —The Washington Book Review

Dr. Josef Bernhardt, an anesthesiologist on the faculty of medicine at the University of Iowa, has tried his whole life to shut out the events of his youth in Berlin during the 1940s, but one incident in his operating room pulls him right back…

It’s 1943, and sixteen-year-old Josef has been invited to leave his family and take up residence at the Wilhelm Institute of Berlin. Half-Jewish, he is unable to attend his high school due to Nazi laws, but as a mathematical genius, he has gained access to an opportunity that will assumedly spare and support him and eight other “special cases.”

Though Josef is unable to forget about the war and the unknown fate of his family for the two years the Institute offers him sanity and safety, he and the others manage to discover friendship, love, and generosity within and between each other. They work side by side, under the direction of Professor Avilov (The Chief), on genetic experiments and nuclear research—quietly attempting to sabotage the war that is funding their work. Each day for two years, Josef fears that the dreamlike opportunity he has been dropped into might shatter, and that the nightmare of the genocide and war outside will infiltrate his safe haven.

Berlin Wild is based on an astonishingly true story of survival.

Elly Welt: Elly Welt was a novelist, professor, and mother of three. She earned her bachelor's degree from Morningside College and her PhD from the University of Iowa Writers' Workshop. Her first published novel, Joanna Reddinghood, was released in 1980. In 1973, she met Peter Welt, a Berlin native and retired anesthesiologist living in the Canary Islands. Fascinated by him and his story, she moved to the Canary Islands to interview him about how he survived the war while hidden in the Kaiser Wilhelm Institute outside of Berlin. This became the basis of Berlin Wild, which was originally published in 1986, and Peter became the love of her life. Peter passed away in 1999. Elly passed away in 2018.