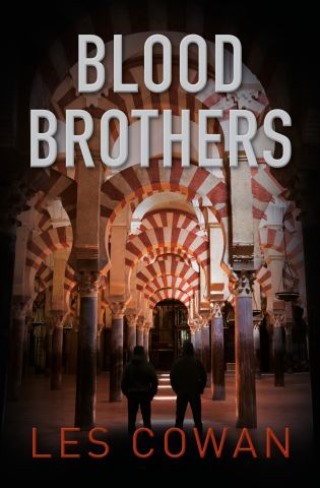 "Cowan spins an engrossing, suspenseful yarn in which spiritual themes are noticeably more prominent than in a regular thriller." The Herald

Newly married, David Hidalgo is reconnecting with his friends and congregation but something’s wrong. The sons of downstairs neighbours Ali and Ayeesha are missing, and it looks as though they’re planning a terror act in Spain. To make matters worse, their daughter, Samira, has a Christian boyfriend and now wants to convert.

Once again, David Hidalgo finds himself in the middle of an unexpected crisis. Can he help a confused girl, unsure of her identity? Can he find the boys and prevent a tragedy?

Les Cowan: Les Cowan has lived in Madrid, Edinburgh and Galicia all of which are locations brought to life in writing his suspenseful David Hidalgo series. He studied English Language and Literature and has worked in the criminal justice system. Les is a member of the Crime Writers Association.