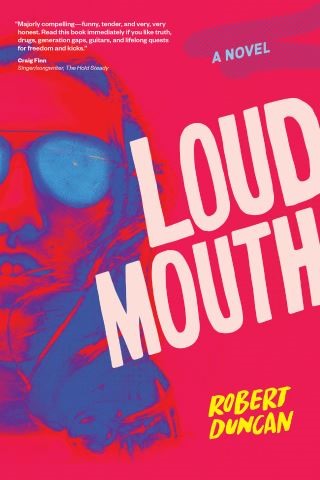 Robert Duncan: Robert Duncan is author of The Noise: Notes from a Rock ‘n’ Roll Era, an exploration of pop and society in the Seventies, Kiss, a satirical biography of the band, and Only the Good Die Young, profiles of dead rock stars. He was a writer for Creem, before becoming, at 22, managing editor of the magazine, working alongside his friend Lester Bangs, and he has contributed to Rolling Stone, Circus, Life, and dozens of other publications. He is anthologized in the book Springsteen on Springsteen and archived in rocksbackpages.com. He was story consultant, as well as interview subject and voiceover, for the 2019 documentary, Boy Howdy: The Creem Magazine Story and appears in public TV’s Ticket to Write, a documentary about the “Golden Age of Rock Music Journalism.” He has worked as a singer, songwriter and producer, and is founder of the 29-year-old ad agency Duncan Channon, with offices in San Francisco, LA and Brooklyn. He was born in Sheboygan, Wisconsin, but comes from a Southern family, and grew up mostly in New York. His great-grandfather, as editor of the Memphis Commercial-Appeal, won the Pulitzer Prize for editorials against the Klan. He currently lives with his wife, the artist and rock photographer Roni Hoffman, in Fairfax, California. Loudmouth is Duncan’s first novel.