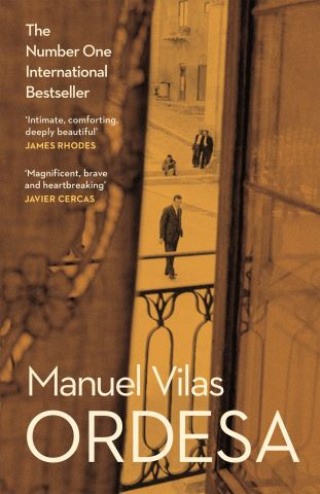 Ordesa - a small Spanish town in the Pyrenees - is where our narrator was born, a place his father loved dearly, a place suffused with memories. Now, forty-six years later, he returns to the valley with his own children on a summer vacation. His parents are dead, his marriage has ended and he's struggling to piece together the bits of himself. Single and living in an apartment he hates, clinging to snatched moments of quality time with his apathetic children, newly sober and with his career on the wane, the ghosts of the narrator's family besiege him, but also bring him hope. Out of despair, he writes this chronicle, this homage, this memoir of his family: grandparents whose photos were never taken, whose funerals were never attended, parents unable to show their love. Maybe the tragedy of life itself is not death, but truly realising the importance of family only once they've passed. Perhaps this trip to Ordesa can help him fall in love with life - his life - once more. A masterwork of autofiction from Spanish literary icon Manuel Vilas, Ordesa is a deeply moving meditation on identity, nationality, family, loss and the passing of time.

Manuel Vilas: Manuel Vilas was born in Spain in 1962. He is an award-winning poet and novelist. Ordesa has sold over 100,000 copies in Spain and has gone on to become a phenomenon across Europe, being translated into fifteen languages. Ordesa is the first of his works to be translated into English and was the winner of the Prix Femina étranger 2019. He currently resides in Madrid.