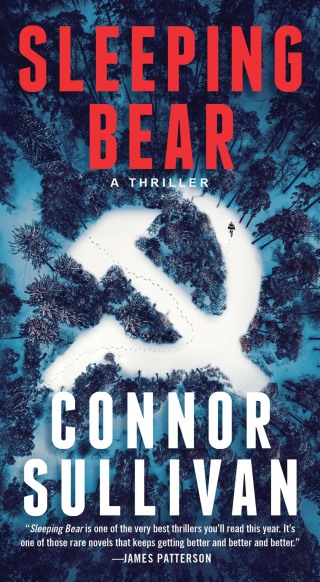 A former Army veteran seeking solitude in the Alaskan wilderness after her husband’s death finds herself a pawn in a deadly game with Russia in this white-knuckled and “heart-stopping thrill ride” (Chris Hauty, author of Deep State).

After her young husband’s untimely death, Army veteran Cassie Gale decides to take a few days of solitude in the Alaskan wilderness before she starts her new job. But when she fails to show up on her first day and her dog is discovered injured at her wrecked campsite, her father knows that this is much more than a camping trip gone awry.

As it turns out, Cassie’s not the first person to disappear without a trace in Alaska’s northern interior. Bears. Wolves. Avalanches. Frostbite. Starvation. There are many ways to die in here. But not all disappearances can be explained. Cassie’s is one of them, along with a number of other outdoor enthusiasts who have vanished in recent years.

Regaining consciousness in a Russian prison, Cassie finds herself trapped in a system designed to ensure that no one ever escapes alive. It will require all her grit and skills to survive. Meanwhile, her father rushes to outrun the clock, scouring thousands of acres, only to realize she’s been taken by a nefarious adversary—one with the power of the Eastern Bloc behind it. Ties to his past life, one full of secrets, threaten to surface. He knows there’s a price to be paid, but he’s determined it won’t be his daughter.

Connor Sullivan: Connor Sullivan attended the University of Southern California, where he was the recipient of the Edward W. Moses Award for Creative Writing. During college, he worked for Warner Brothers reading screenplays before relocating with his family to the Gallatin Valley in Montana. Sleeping Bear is his first novel. Visit his website at ConnorSullivanAuthor.com.