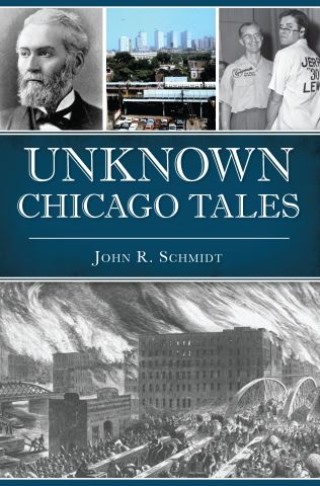 Chicago's most famous stories tend to crowd out the competition and shout down alternate perspectives. Visit with the man who founded a 150-year-long Chicago political dynasty. Take a peek at some of the lesser-known Chicago film classics. Review Professor Moriarty's Chicago caper and Annie Oakley's cocaine case. Uncover the lengths to which Chicago's long-celebrated Mr. Pioneer Settler went to keep a slave. Discover why the Kennedy curves at Division Street and why the county jail saved a gallows for fifty years. From Death Valley Scotty's wild ride to the bowling ball that went around the world, John Schmidt provides a parade of Chicago originals.

John R. Schmidt: John R. Schmidt is a fifth-generation Chicagoan. He earned his PhD in history at the University of Chicago and has taught at all levels, from kindergarten through college, including more than thirty years in the Chicago Public School System. He has published nearly four hundred articles in magazines, newspapers, encyclopedias and anthologies. This is his sixth book.