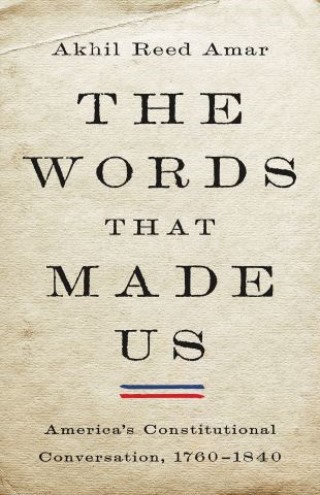 The Words That Made Us

A history of the American Constitution's formative decades from a preeminent legal scholar
When the US Constitution won popular approval in 1788, it was the culmination of thirty years of passionate argument over the nature of government. But ratification hardly ended the conversation. For the next half century, ordinary Americans and statesmen alike continued to wrestle with weighty questions in the halls of government and in the pages of newspapers. Should the nation's borders be expanded? Should America allow slavery to spread westward? What rights should Indian nations hold? What was the proper role of the judicial branch?
In The Words that Made Us, Akhil Reed Amar unites history and law in a vivid narrative of the biggest constitutional questions early Americans confronted, and he expertly assesses the answers they offered. His account of the document's origins and consolidation is a guide for anyone seeking to properly understand America's Constitution today.

Akhil Reed Amar: Akhil Reed Amar is the Sterling professor of law and political science at Yale University and the author of several books on constitutional law and history, including America's Constitution: A Biography and America's Unwritten Constitution. He lives in Woodbridge, Connecticut.