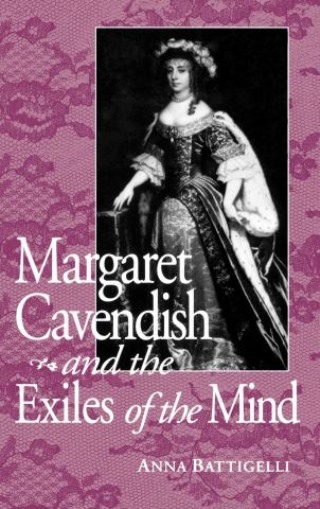 Margaret Cavendish and the Exiles of the Mind

Margaret Cavendish, duchess of Newcastle (1623-1673), led a dramatic life that brought her into contact with kings, queens, and the leading thinkers of her day. The English civil wars forced her into exile, accompanying Queen Henrietta Maria and her court to Paris. From this vantage point, she began writing voluminously, responding to the events and major intellectual movements of the mid-seventeenth century.

Cavendish published twenty-three volumes in her lifetime, including plays, romances, poetry, letters, biography, and natural philosophy. In them she explored the political, scientific, and philosophical ideas of her day. While previous biographers of Cavendish have focused almost exclusively on her eccentric public behavior, Anna Battigelli is the first to explore in depth her intellectual life. She dismisses the myth of Cavendish as an isolated and lonely thinker, arguing that the role of exile was a rhetorical stance, one that allowed Cavendish to address and even criticize her world. She, like others writing during the period after the English civil wars, focused squarely on the problem of finding the proper relationship between mind and world. This volume presents Cavendish's writing self, the self she treasured above all others.