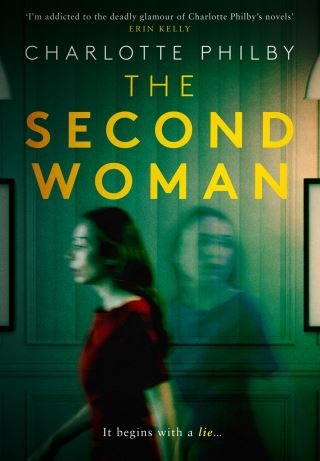 ‘A timely, gripping and morally complex thriller’ MAIL ON SUNDAY

‘Philby is a skilled and evocative writer’ FINANCIAL TIMES

Both had a secret.

Both had a choice.

Artemis leaves the remote Greek island she grew up on to start a shiny new life in 1990s London with her British husband, a successful entrepreneur. Finally, she has escaped the ghosts of her past. Until she is found hanging from the stairs of her beautiful family home.

THE SECOND WOMAN is a deeply unsettling, brilliantly gripping story of a family legacy built upon lies.

Secrets can be suffocating… especially in the wrong hands.

‘A page-turning thriller … Philby has created a new sort of spy novel – approaching this world of skulduggery and intrigue from an entirely unique perspective. This is a clever, gripping, unsettling and thoroughly entertaining read’ HOLLY WATT

‘A gripping novel that spans decades and continents’ DAILY MIRROR

‘A stylish, heart-racing thriller’ YOU MAGAZINE, MAIL ON SUNDAY

Following on from Part of the Family and A Double Life, this finely worked novel concludes Charlotte Philby’s triptych about the choices women might make when under pressure’ THE TIMES

Charlotte Philby worked for the Independent for eight years, as a columnist, editor and reporter, and was shortlisted for the Cudlipp Prize at the 2013 Press Awards for her investigative journalism. Founder of the online platform Motherland.net, she regularly contributes to the Guardian and iNews, as well as the BBC World Service, Channel 4 and Woman's Hour. She has three children and lives in London. Charlotte is the granddaughter of Kim Philby, Britain’s most famous communist double-agent.