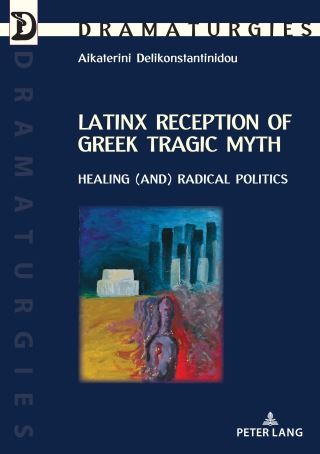 A compelling contribution to the largely understudied field of Latinx theatre, this book unpacks new developments in the Latinx and American cultural landscape registered by contemporary plays inspired and based on Greek tragic myths. It examines dramatic revisions of the myths of Medea, Oedipus, Electra, and Iphigenia by notable playwrights Carlos Morton, Cherríe Moraga, Luis Alfaro, and Caridad Svich for what they reveal about the increasingly complex, diverse, and globalized Latinidades of the post-Civil Rights Movement era. Through its discussion of six Greek-inflected mythoplays, the book brings to light emergent and transhemispheric dimensions taken on by mestizaje; the latter construed as an ethos, reality, and discourse central to any conception of Latinidad, however plural. Mestizaje is shown to be tuned to a tragic key in the theatrical corpus of works on which the analysis focuses, and it is to this tragic key that the book attributes the works’ singular sociocultural and political import. Emphasis is placed on the tragic mode as a rich source and potent ally in the plays’ attempt at configuring and applying a distinct kind of radical politics and a healing function while targeting, principally but not exclusively, Latinx communities of/in crisis—including barrio, LGBTQ+, and borderland communities. By aligning the plays’ decolonizing impulse with the productive question mark of the tragic, the book calls attention to the brisk energy that the tragic myth’s reception by Latinx theatre infuses into the afterlife of the tragic, as it breaks new, syncretic ground in the latter’s reception history and contemporary rethinking.

Aikaterini Delikonstantinidou is a postdoctoral researcher at the University of Athens, exploring myth-based digital theatre for second chance adult education. She holds a PhD in Theatre Studies and degrees in Adult Education (MEd), American Studies (MA), and English Language and Literature (BA).