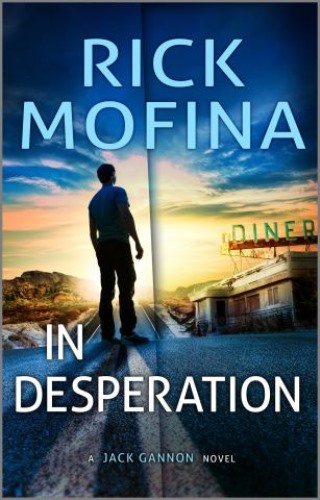 "A superbly written thriller...Timely, tense, and terrifying."—Brad Thor
"A blisteringly paced story that cuts to the bone. It left me ripping through pages deep into the night."—James Rollins

Eleven-year-old Tilly Martin is dragged from her suburban bedroom. Her mother, Cora, pleads for mercy but the kidnappers are clear: if they don't get their $5 million back in five days, Tilly dies. If anyone contacts police, Tilly dies.

Journalist Jack Gannon's estranged sister, Cora, disappeared without a trace decades ago. Now she is frantically reaching out to him for help. Cora tells him about the shameful mistakes she's made—but she guards the one secret that may be keeping her daughter alive.

A twenty-year-old assassin, haunted by the faces of the people he's executed, seeks absolution as he sets out to commit his last murders as a hired killer.

In the U.S. and Mexico, police and the press go flat out on Tilly's case. But as Gannon digs deeper into his anguished sister's past, the hours tick down on his niece's life and he faces losing a fragment of his rediscovered family forever.

Rick Mofina: Rick Mofina is a former crime reporter and the award-winning author of several acclaimed thrillers. He's interviewed murderers face-to-face on death row; patrolled with the LAPD and the RCMP. His true crime articles have appeared in The New York Times, Marie Claire, Reader’s Digest and Penthouse. He's reported from the U.S., Canada, the Caribbean, Africa, Qatar and Kuwait's border with Iraq. For more information please visit www.rickmofina.com